Where to Eat DC: Sticky Fingers 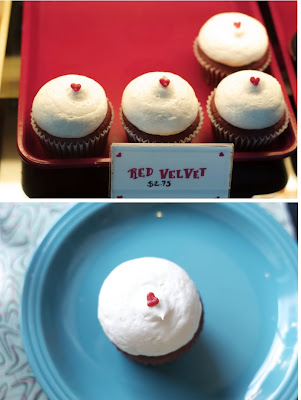 This Sunday a few of my girlfriends and I spent the day in DC. First stop - Sticky Fingers Bakery!. This sweet sweet piece of sweet shop isn't just about goodies - they have sandwiches, soups, and best of all - weekend brunch! French toast, pancakes, breakfast burritos, biscuits and gravy - and everything is gloriously vegan. And after you have stuffed yourself with yummy food, don't forget your dessert. Ever heard of a little thing called Cupcake Wars? Sticky Fingers is competing this year! 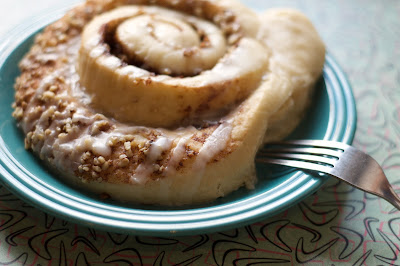 The only problem with this place - seating is seriously limited. This wouldn't be such a bummer if dummies didn't sit around with empty plates in front of them playing on their iphones or chit chatting. But, that's what happens. They sit, ignoring the "hey if you're done, move on and make room for others" sign. They sit, ignoring me pointedly staring at them with my plate full of chili and grilled bacon and cheese sammy. Ok - mini rant over. But be prepared to eat standing up or take it out. 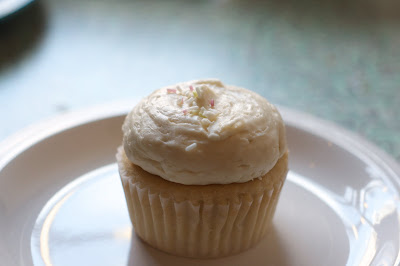 Despite this place being smack across the street from a Target and a Giant, stepping into Sticky Fingers is like stepping back into a 50's style cafe. The decor and retro kitchen appliances definitely add to the charm of this place. 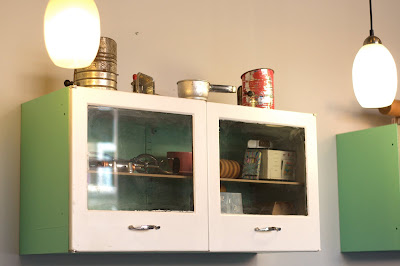 The other weekend a few of my girlfriends and I went to Philadelphia to do some neighborhood scouting and just to get out of Shepherdstown! We decided to ditch the Liberty Bell and other tourist attractions and really just explore different parts of the city and eat tons of great food.

I'm a big dummy and instead of documenting said food so I could write a blog about what Philly has to offer it's vegan patrons, I just stuffed my face instead. I can give you a short - sans photo - rundown of what was good though.
Blackbird Pizzeria had a pretty kick ass cheesesteak, loads of tasty pizza options (though I found the Yukon Pizza to be a bit heavy on the rosemary for my taste) and delicious desserts!
Memphis Taproom was next. We waited a good hour (after a ridiculous cab ride in which the cabbie pulled over and asked US to look up directions on our iphone to direct HIM to our destination) but found it to be well worth it! This place isn't all veggie but they do have some cool stuff like the Old Bay Jackfruit Cakes (which we forgot to order! but then we were too stuffed later to try them) and the Smoked Coconut Club (which we did try, and it was great!).
Sketch was the last place we went. We heard about their awesome burgers and shakes and yes, they were awesome. I was craving some avocado and asked for some on my burger and they gave me a whole half of an avocado!

Aside from eating we also did a ton of walking around and general exploring of shopping areas and possible future hang-outs. Here are a few pictures I did manage to take while I wasnt busy eating. The top two are from an antique store we spent a good half hour in taking pictures. The bottom picture is Pee Pang - my once and hopefully future room-mate. We went the wrong way on the train and had to get off, walk over the pretty turquoise overpass, and then wait for the next train to take us in the right direction. We are so dumb. 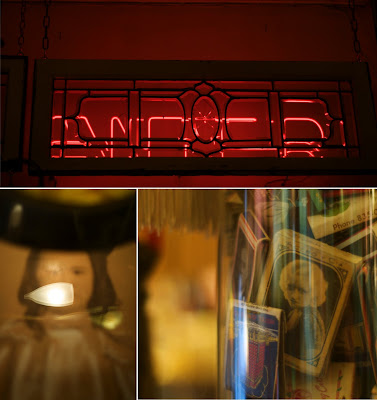 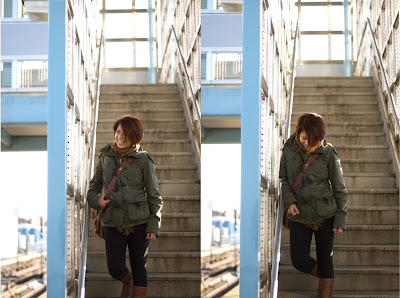 This Sunday I'm going to DC with the same bunch of girls to check out possible neighborhoods, restaurants and hang-outs there! Stay tooned - and hopefully I will take a few pictures before I chow down.
Posted by Lacey at 4:20 PM No comments: 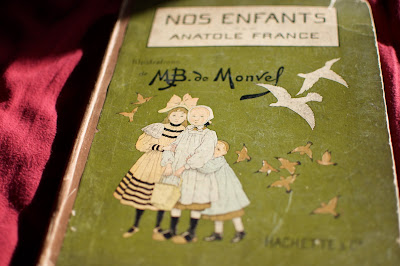 I have a little obsession with antique books. People hate to help me move. But it goes perfectly with one of my favorite places to hang out - book stores. Wonderbook in particular is awesome for their mix of antique as well as new books. Over the summer I bought this book - Nos Enfants (our children) because I just fell in love with the illustrations by MB de Monvel. If I were brave enough to devote large swatches of my skin to it, I would get a whole page of this tattooed somewhere. As it is, I'm considering one of the little girls and some birds. Maybe. 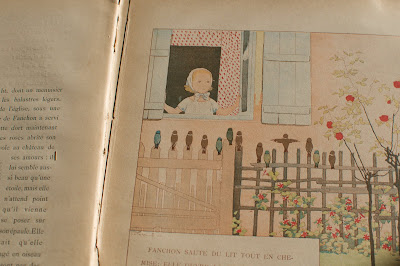 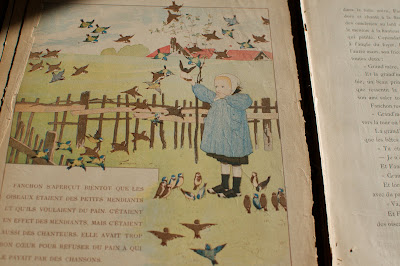 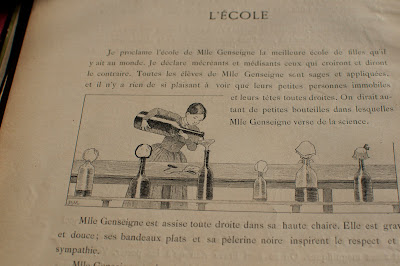 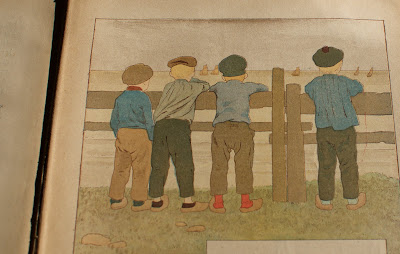 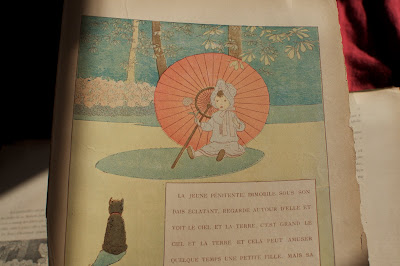 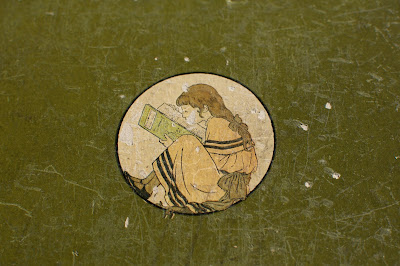 Love the back cover too.
Posted by Lacey at 12:38 AM No comments:

Email ThisBlogThis!Share to TwitterShare to FacebookShare to Pinterest
Labels: antiques, books, new stuff
Newer Posts Older Posts Home
Subscribe to: Posts (Atom)
I travel the US and occasionally the world in search of great vegan food, home and happiness.