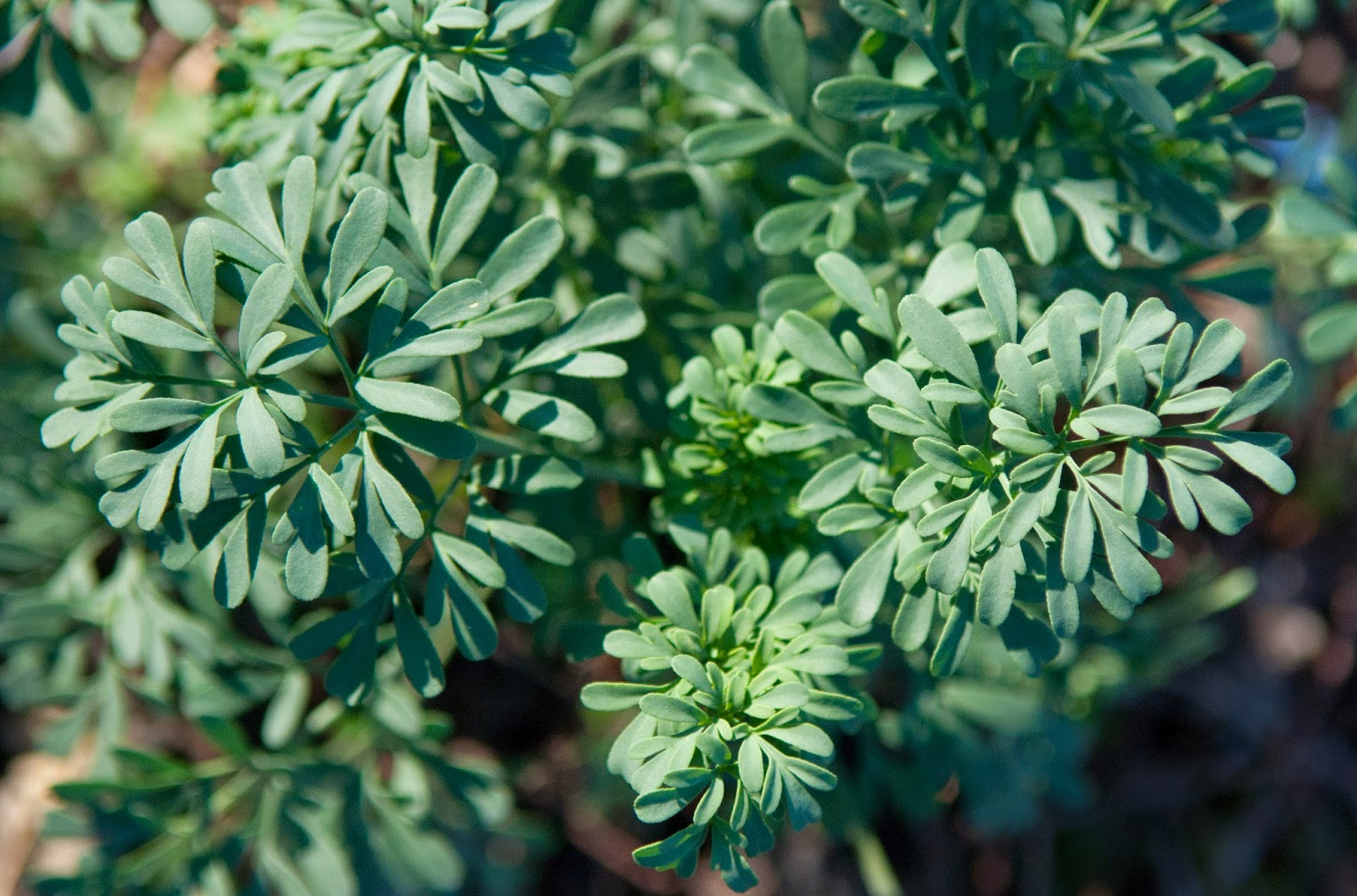 Where did the year slip off to? It seems just last month I was photographing budding cohosh and baptista in the garden. But the blossoms have all withered, the vibrant reds, yellows, purples and greens have mostly all faded to browns, and the time of the root is thick upon us.

While the backyard ornamental and vegetable gardeners may already be knitting their winter sorrows, the herbal gardener knows better.
Late fall is the time to harvest root medicine and save seeds for next year's garden.
On a surprisingly warm day at the end of November I joined Holly of
Little Red Bird Botanicals to harvest and close up shop for the winter.

There were many surprises hiding around the garden. The rue was still in full swing, as if it hadn't noticed the cold, several Praying Mantis egg sacs were found, holding the almost microscopic bodies of hundreds of next generation predators, and some shockingly vibrant colors were unearthed in our root digging process as we harvested echinacea and ginger.

We dug the marshmallow root that has been growing for three years and foraged for yellow dock and dandelion roots. We even harvested a whole bucket of sunchokes that we layered between levels of dirt for storage for the winter. 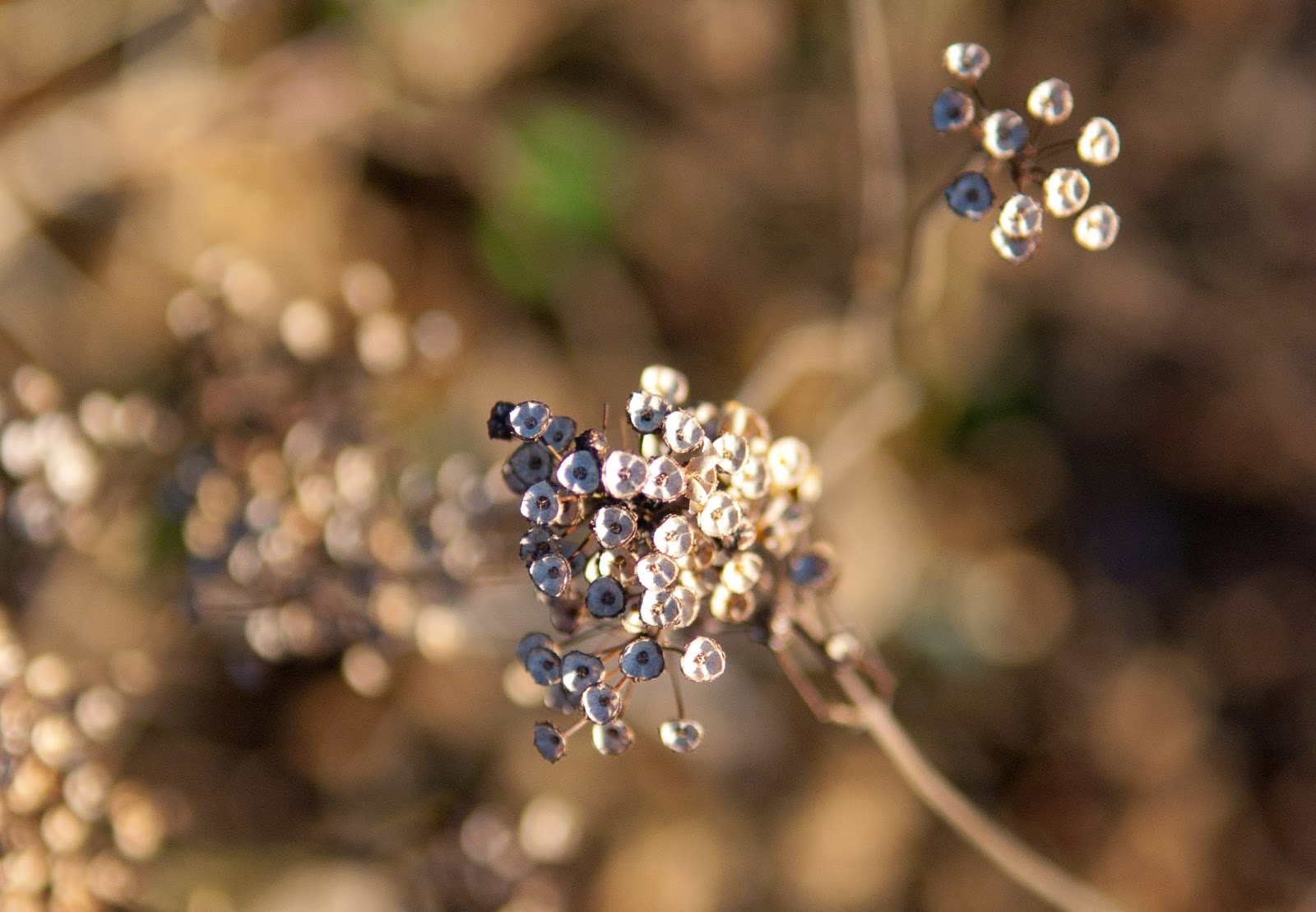 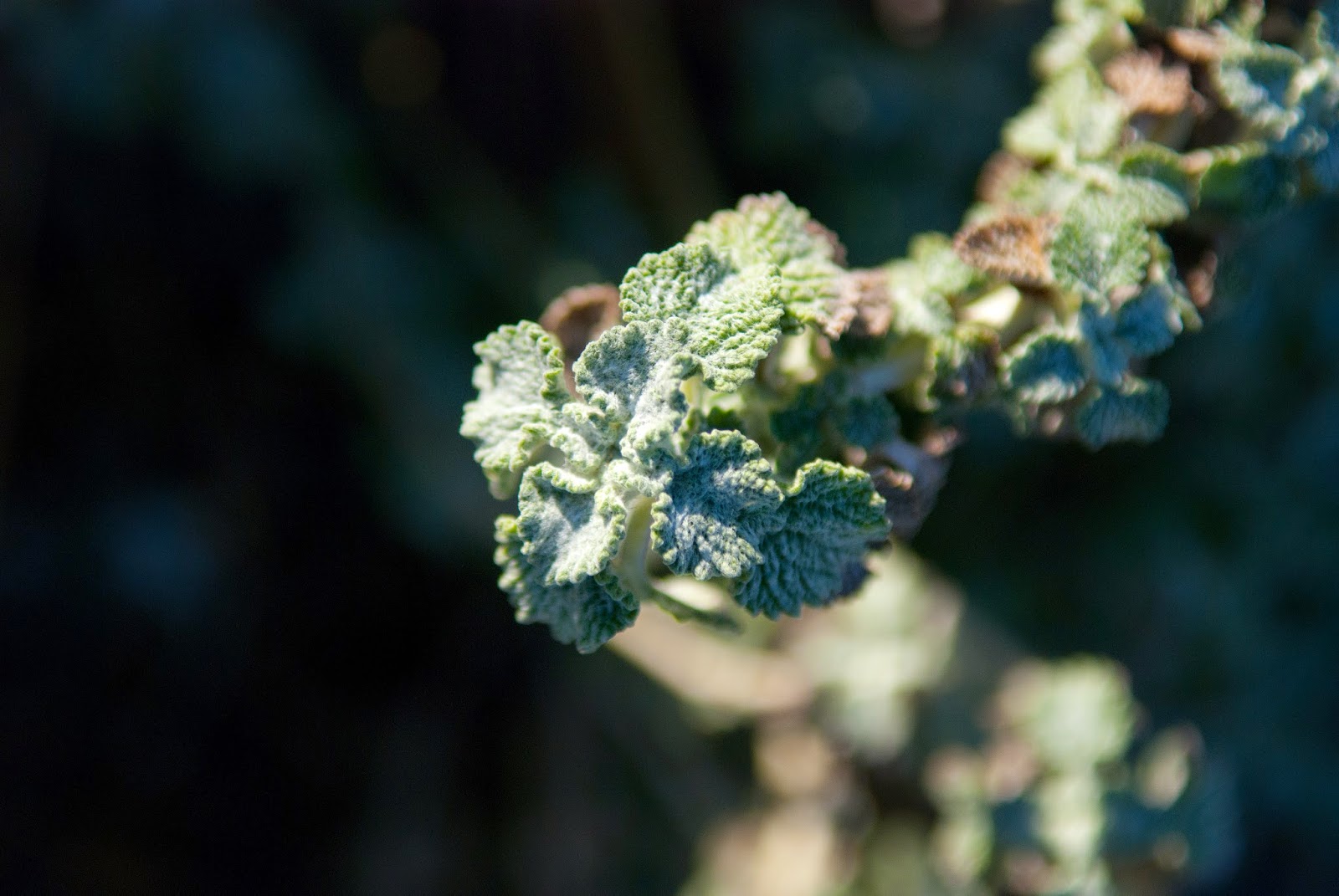 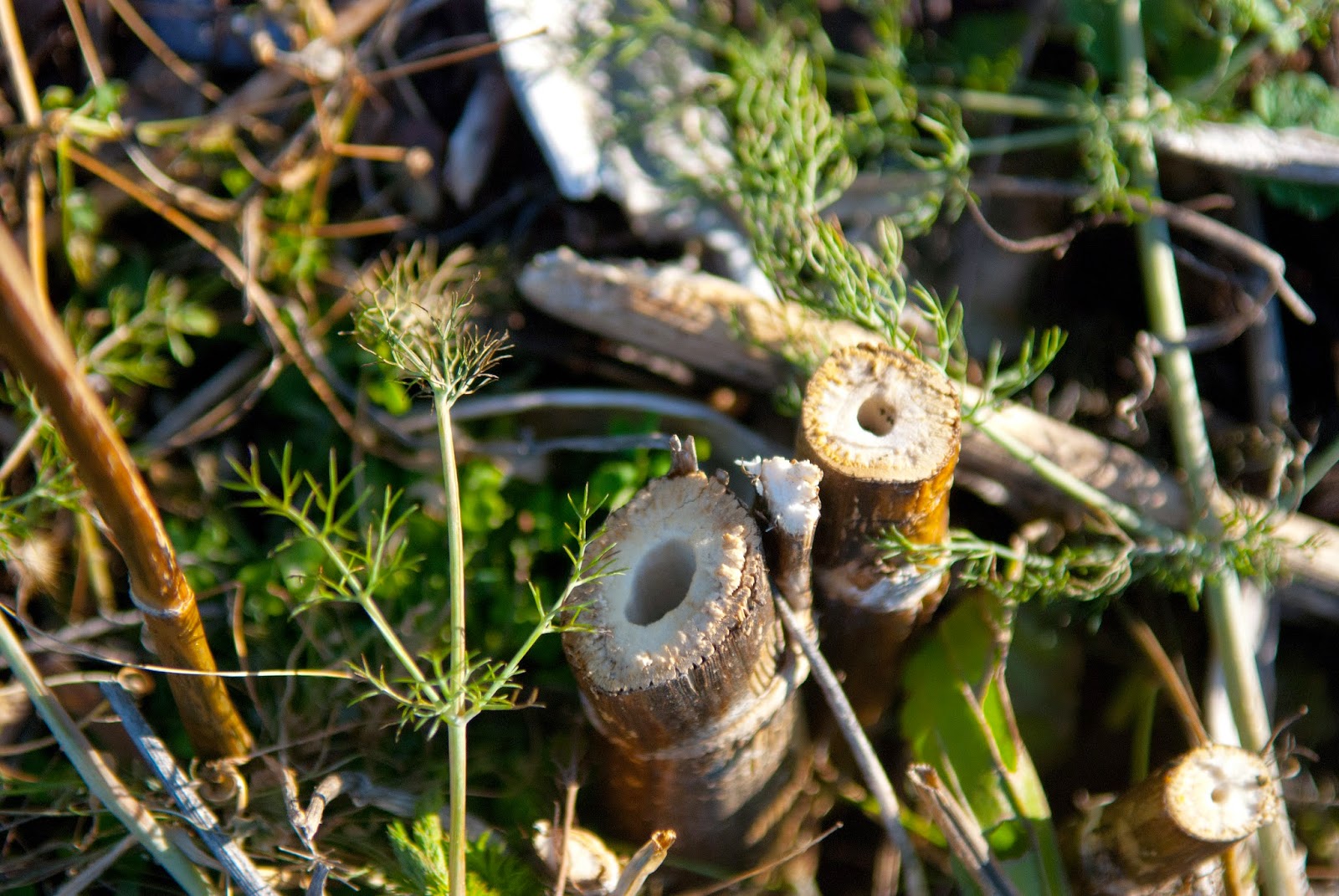 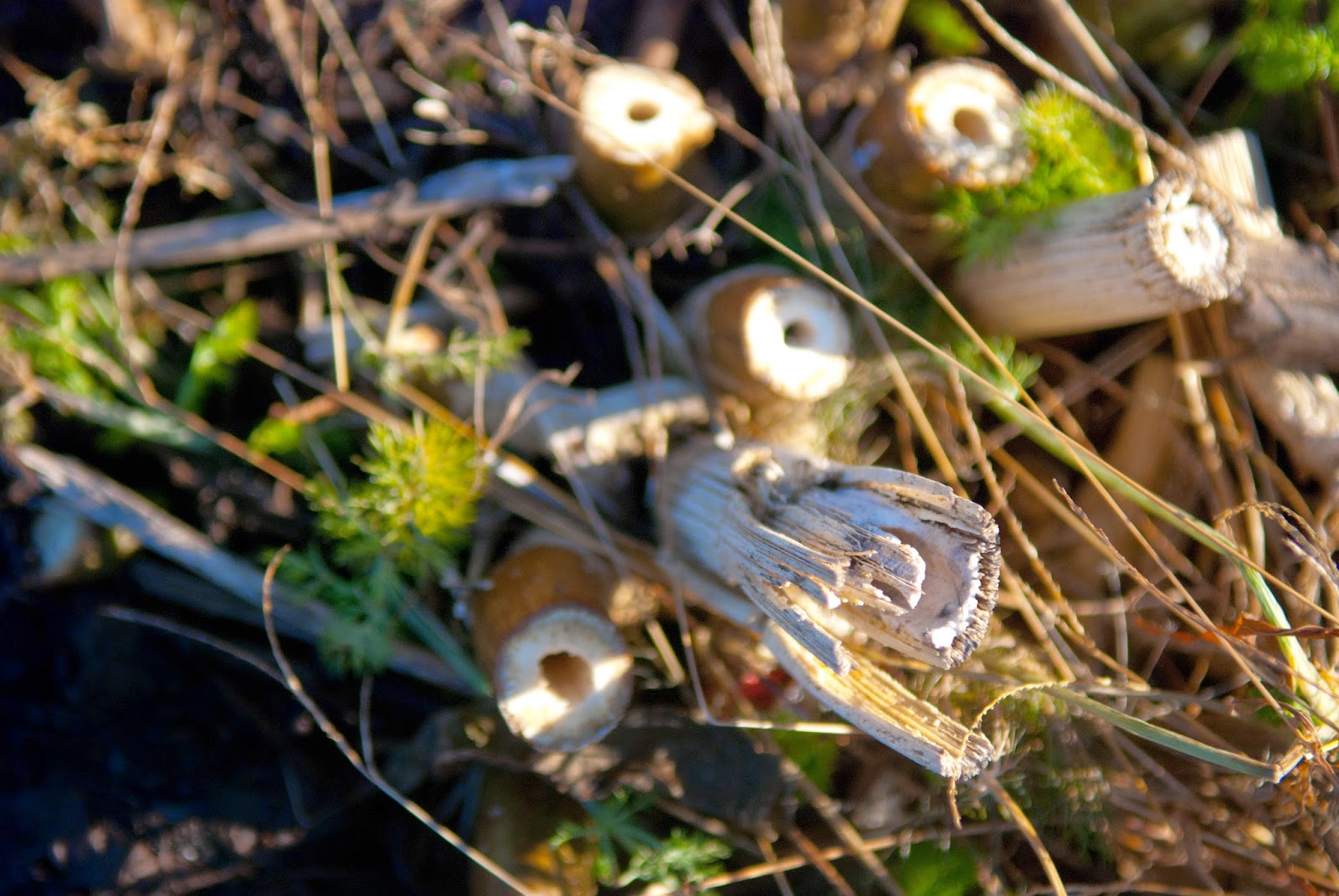 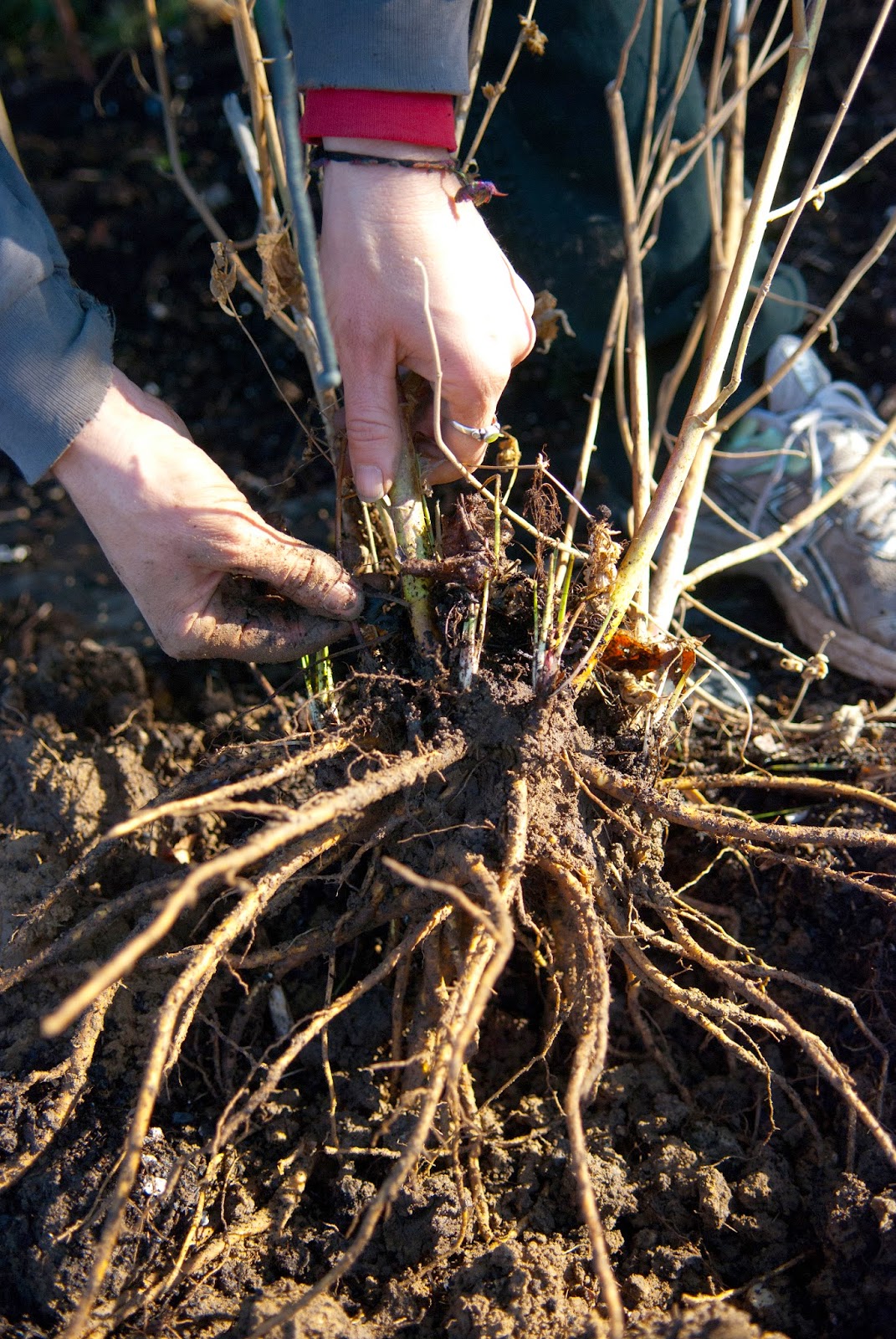 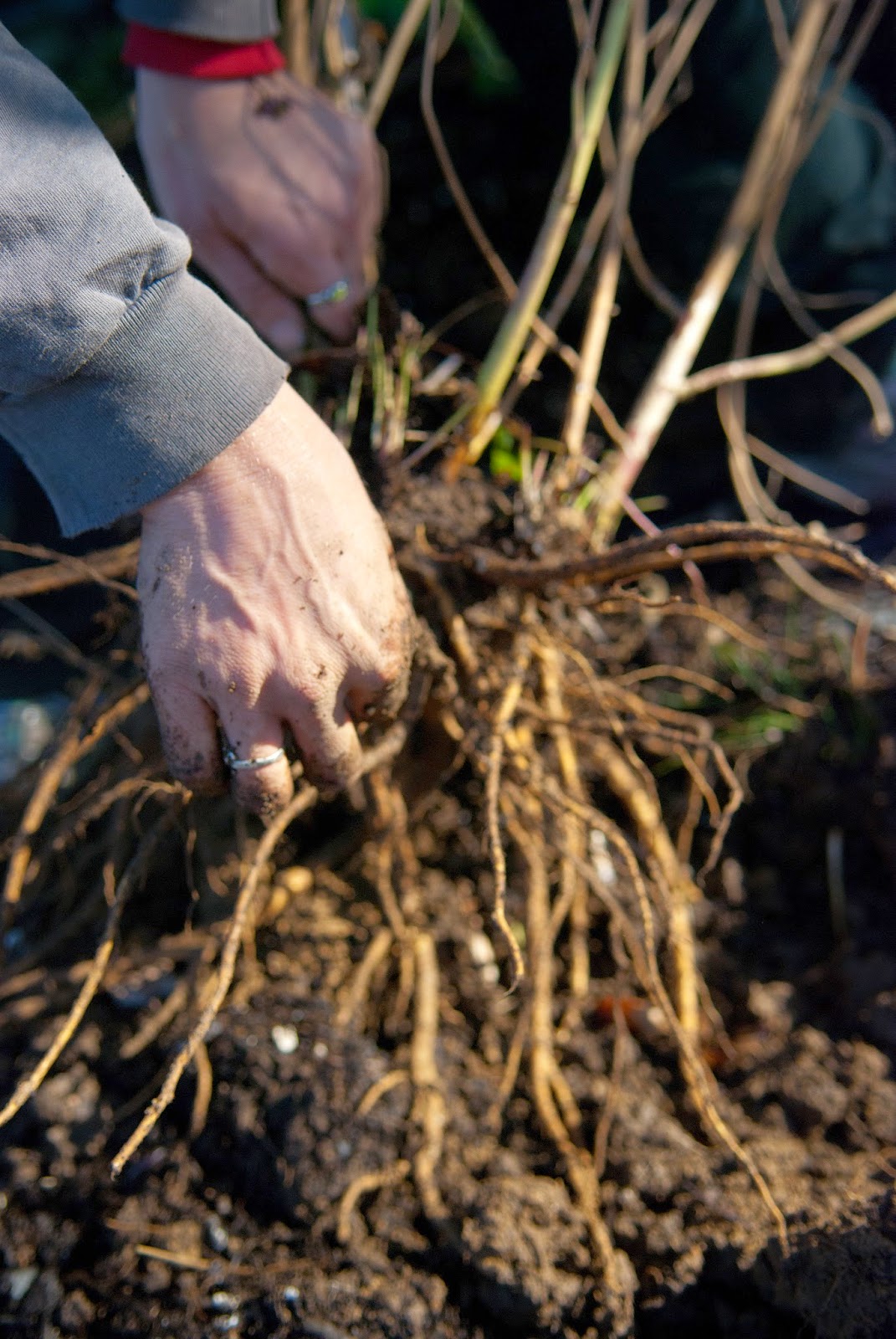 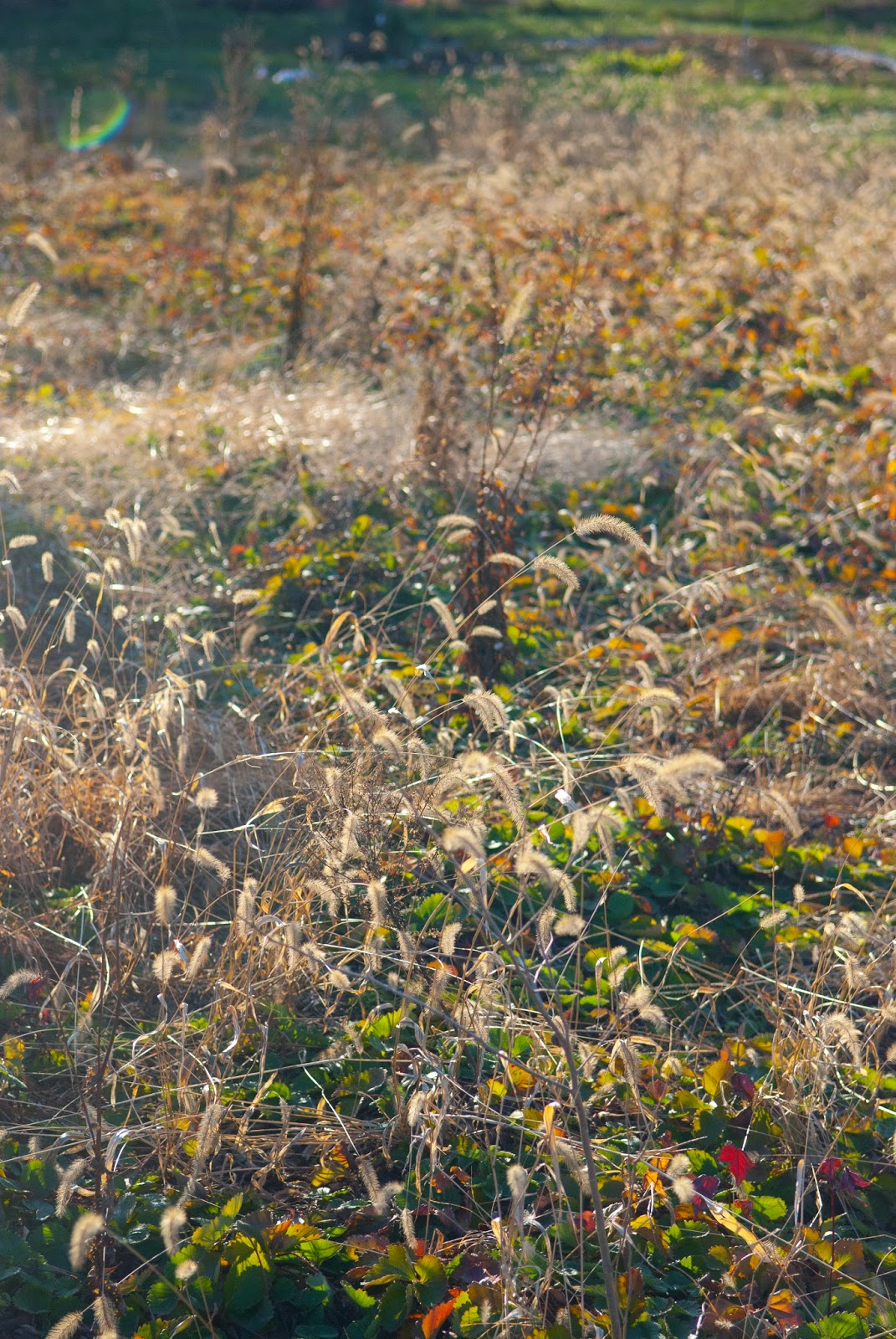 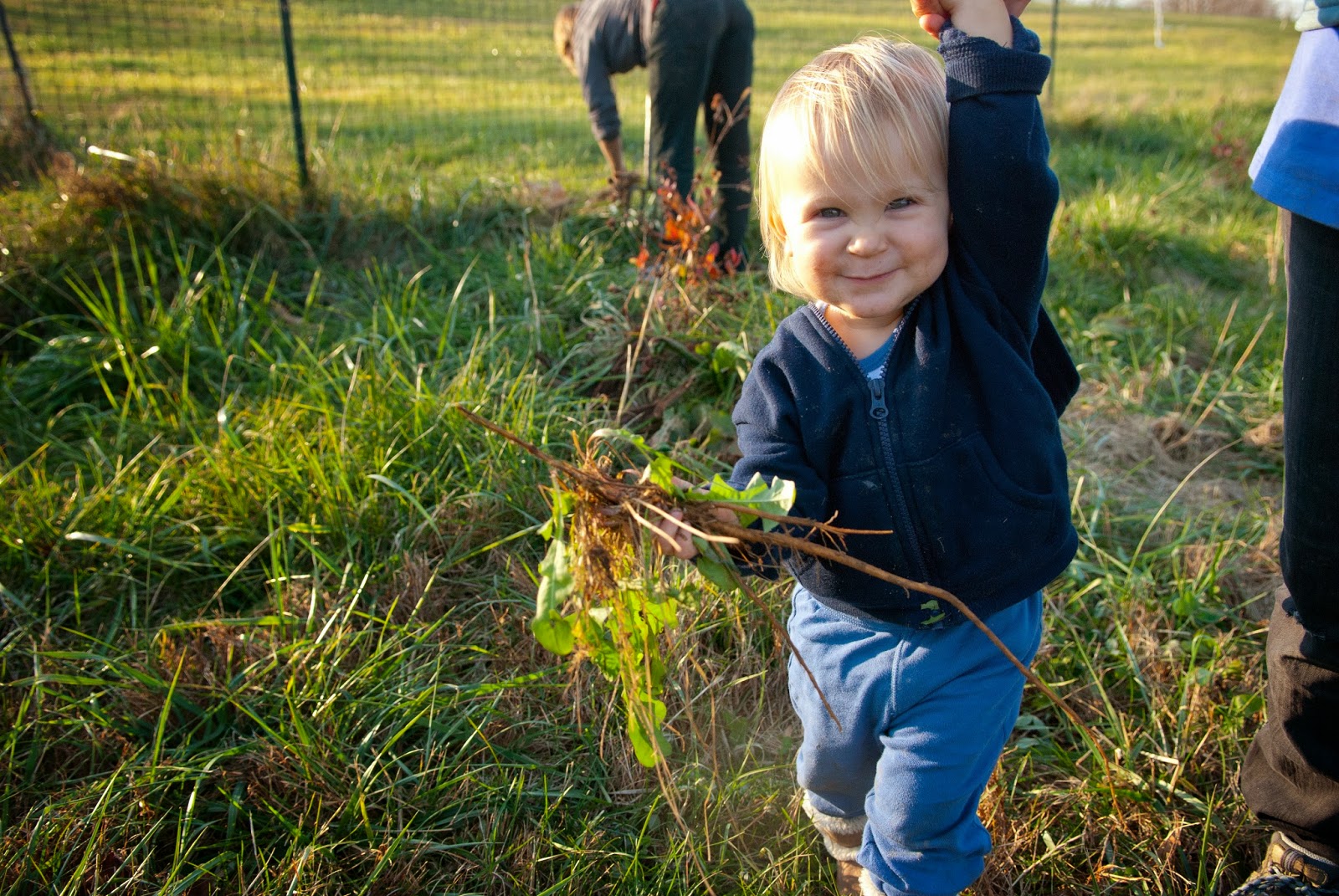 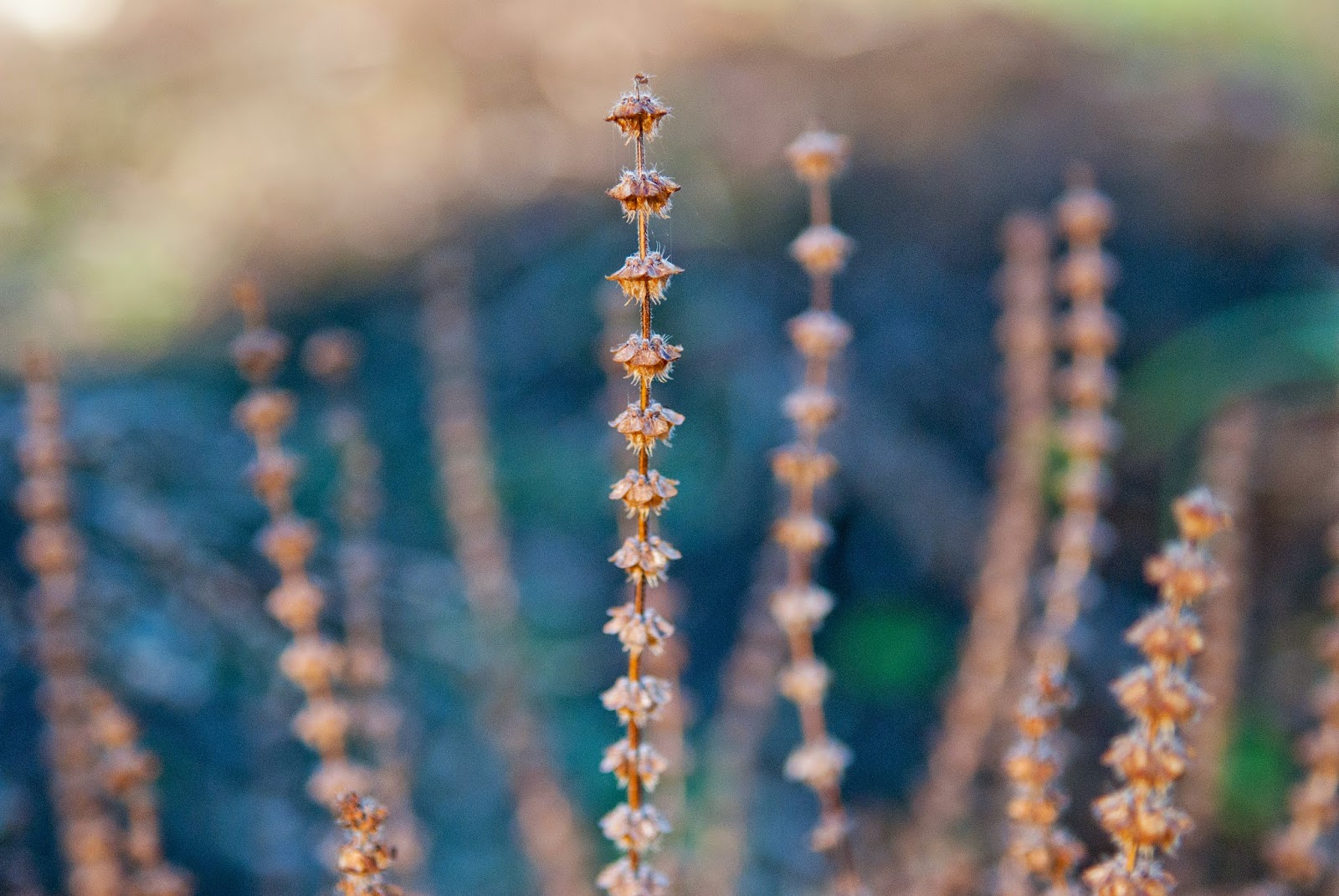 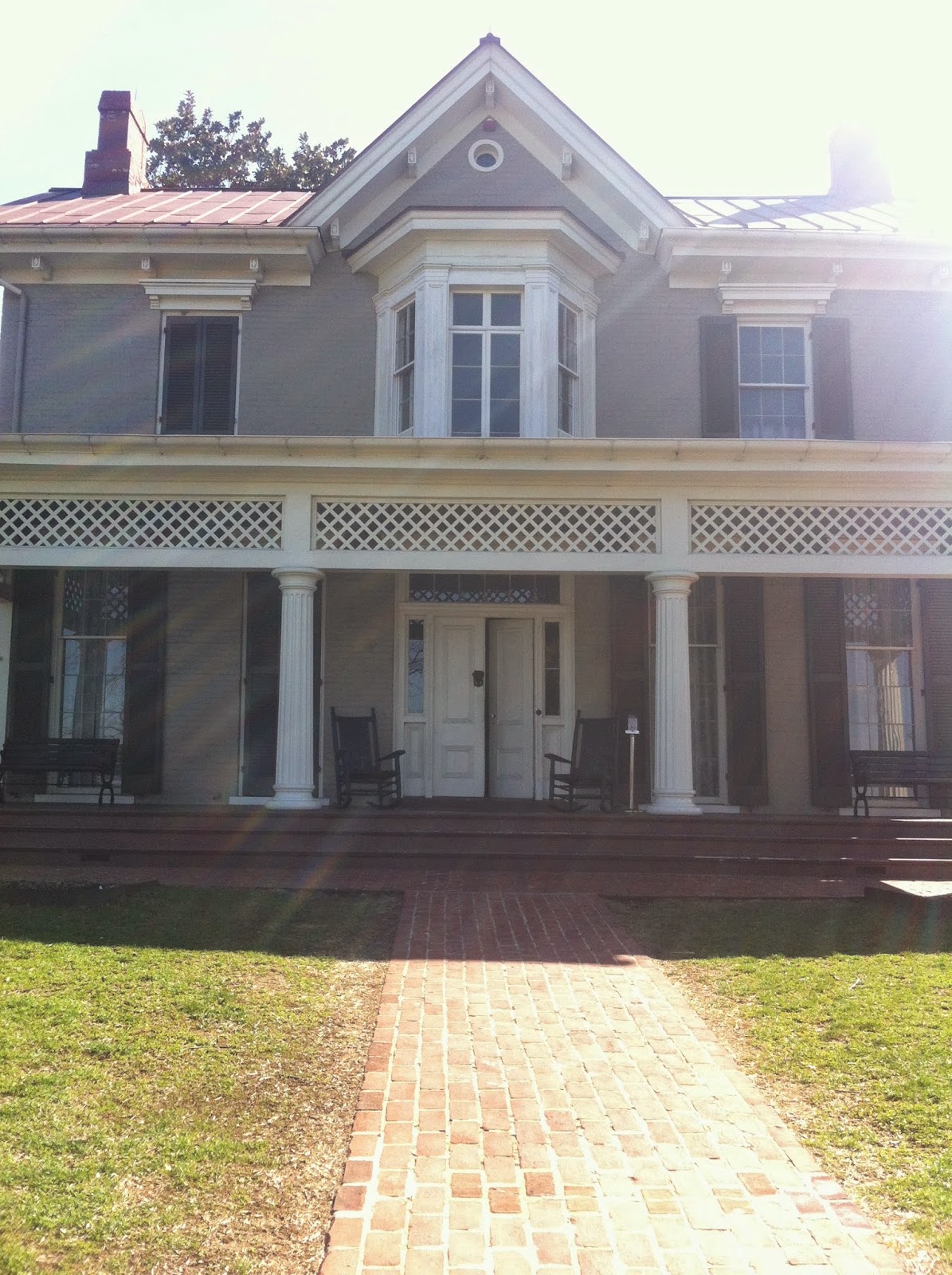 Somehow it happened. Blandly and dejectedly I sat on my couch on March 31st realizing that I had lost  the chance to travel somewhere new for the month.
The sun had already started it's slow decent down to the horizon as I sat and pondered.
I looked over at my long list of ambitions for the spring, a painted chalkboard on the wall with To Do items like:
- cultive a garden and compassion
- hike a mountain and tell no one
- make it to one bird walk a month in Dyke Marsh
- bake bread, eat less of it

None of these helped inspire me in the moment but taped next to the chalkboard, on a thin strip of card stock I had written another list.
It read: Explore Home
- Frederick Douglass House 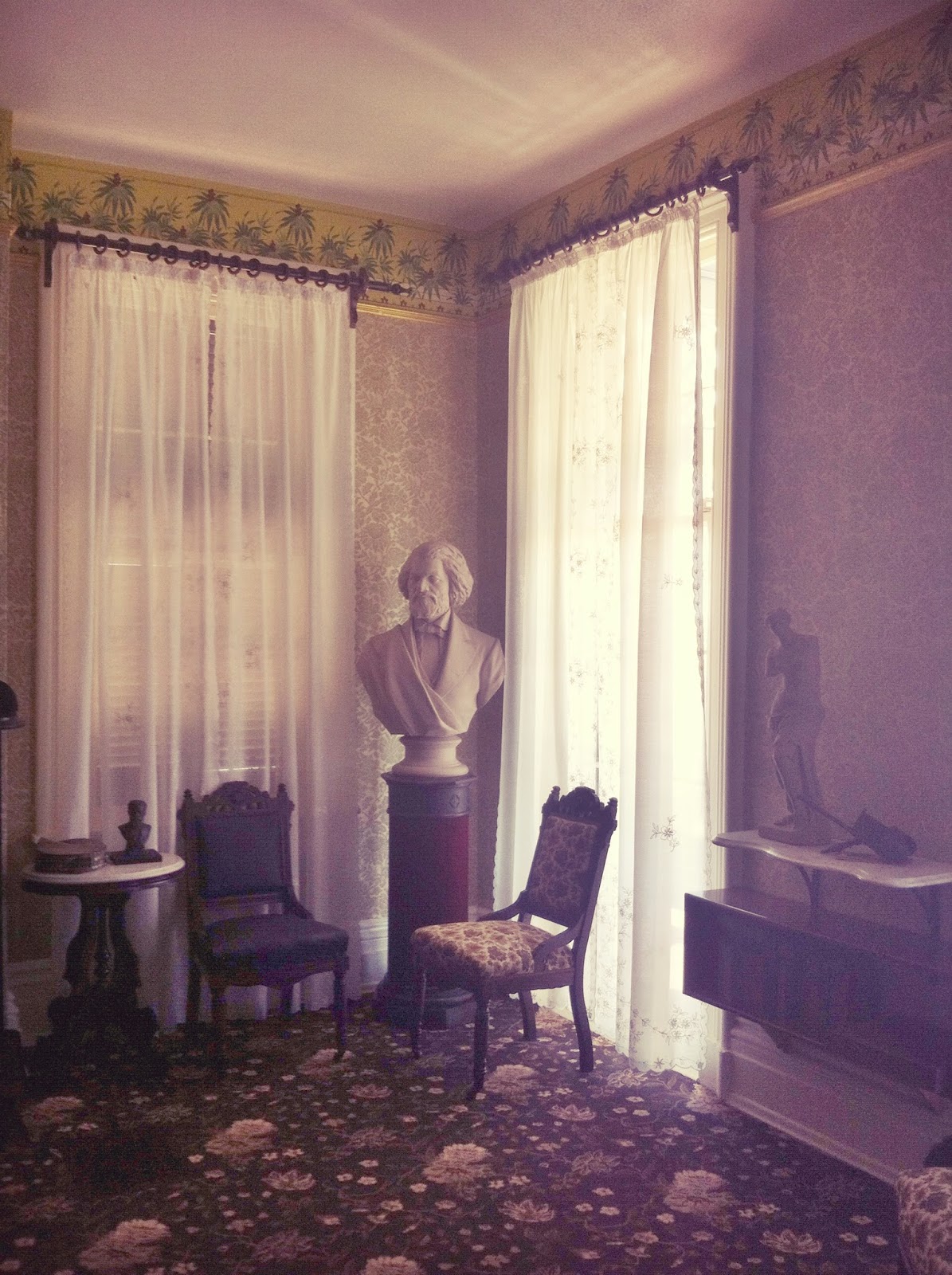 Sometimes you don't have to go far. A few miles down the road may be all you need to travel to see something new.
I checked the time. If I hurried I could make it to the last tour of the house!
So I jumped in the car, windows down on this already warm day, hint of swampy summer already laced in the air, and sped over to Cedar Hill.
The house sits on a rounded bulge of Anacostia. From the top floor you can see across the river to the capital. But you have a sense at the house of being forgotten, of seeing but being unseen.
For the almost 30 years of my life I had lived an hour or so from this house and had never seen it until this day, on the 31st of March, in a mad dash to uphold my self-proclaimed promise to travel somewhere new every month.

Breathlessly I sprinted into the visitor center to buy my ticket.
"Well actually the tour would have started a few minutes ago but because no one showed up we've started wrapping up," the ranger said. He spoke to the screen in front of him.
When he didn't hear a response he poked his head around. Perhaps it was the look of disappointment on my face or perhaps he was just feeling passionate about sharing the history of Frederick but as if he had simply paused between thoughts he blurted out
"but that doesn't matter, we'll get you a quick tour!"

He radioed up to the other ranger who had been closing up the house,
"Yeah we got one more actually, she'd really love a quick tour."

So I shimmied up the side of the hill and came to land on Frederick's sprawling porch just as the ranger was coming out to meet me.

The tour was quick, we whisked through each room and I snapped photos and ooed and ahhed. In a way it was hard to believe that house was built in 1855. Growing up in a family that covets antique walnut furniture and maturing into a instant ancestor collecting adult that I now am, a lot of the decorative aspects of his house seemed rather commonplace to me.
Sure, they had that special halo of being Frederick Douglass' desk or Frederick Douglass' velvet rocker, but walking through his house I felt like we might walk around a corner and bump into him.

While all the rooms are lovely I would wager it is his study that is the most anticipated room for visitors to his house. Being a writer of course he must have spent a good deal of his time there. The gorgeous secretary desk neatly stacked with manuscripts and papers and Douglass' spectacles is indeed a fantastic little nook of the house, although one has to wonder what it would be like to sit at your desk and stare into a portrait of yourself. 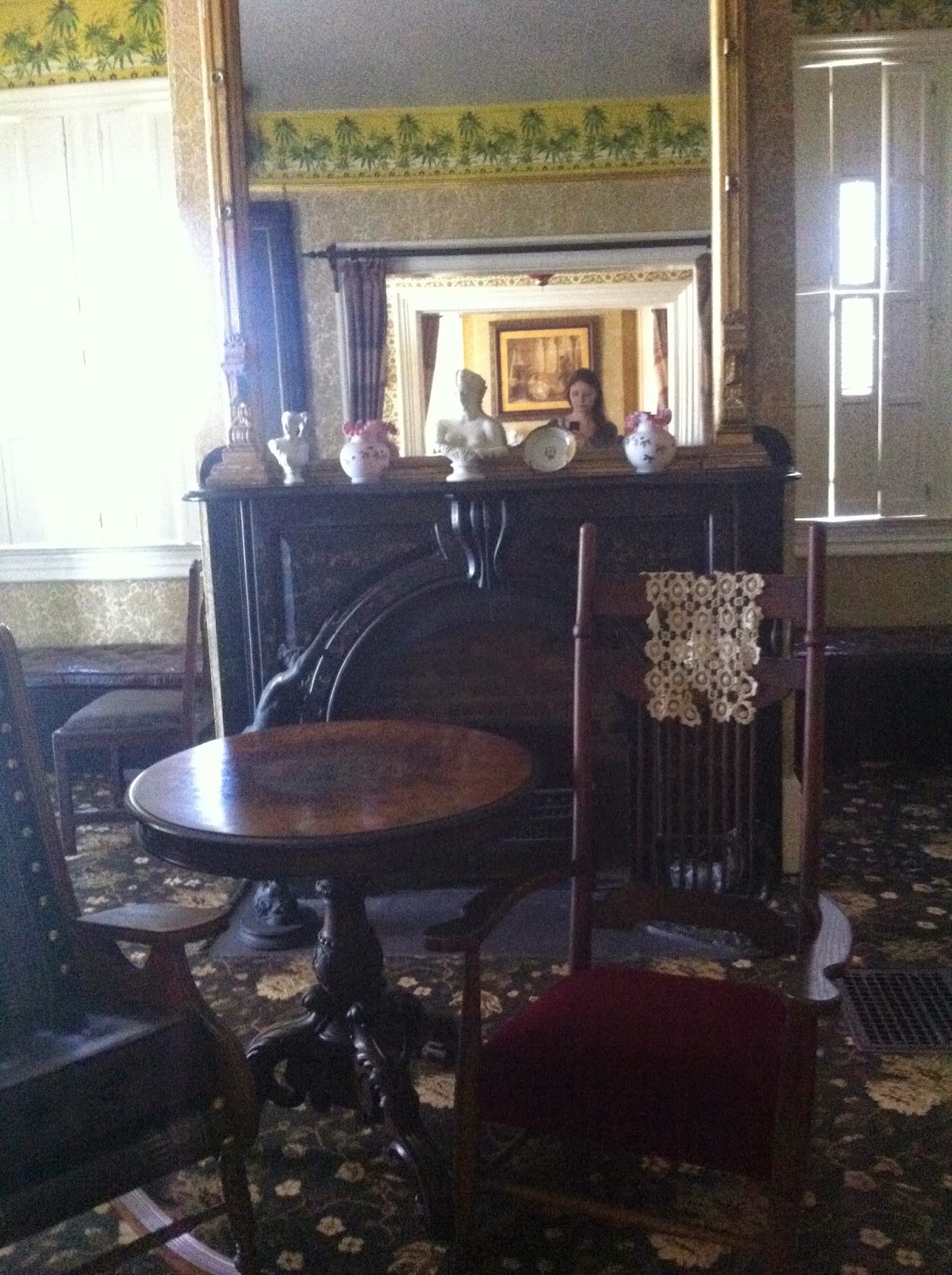 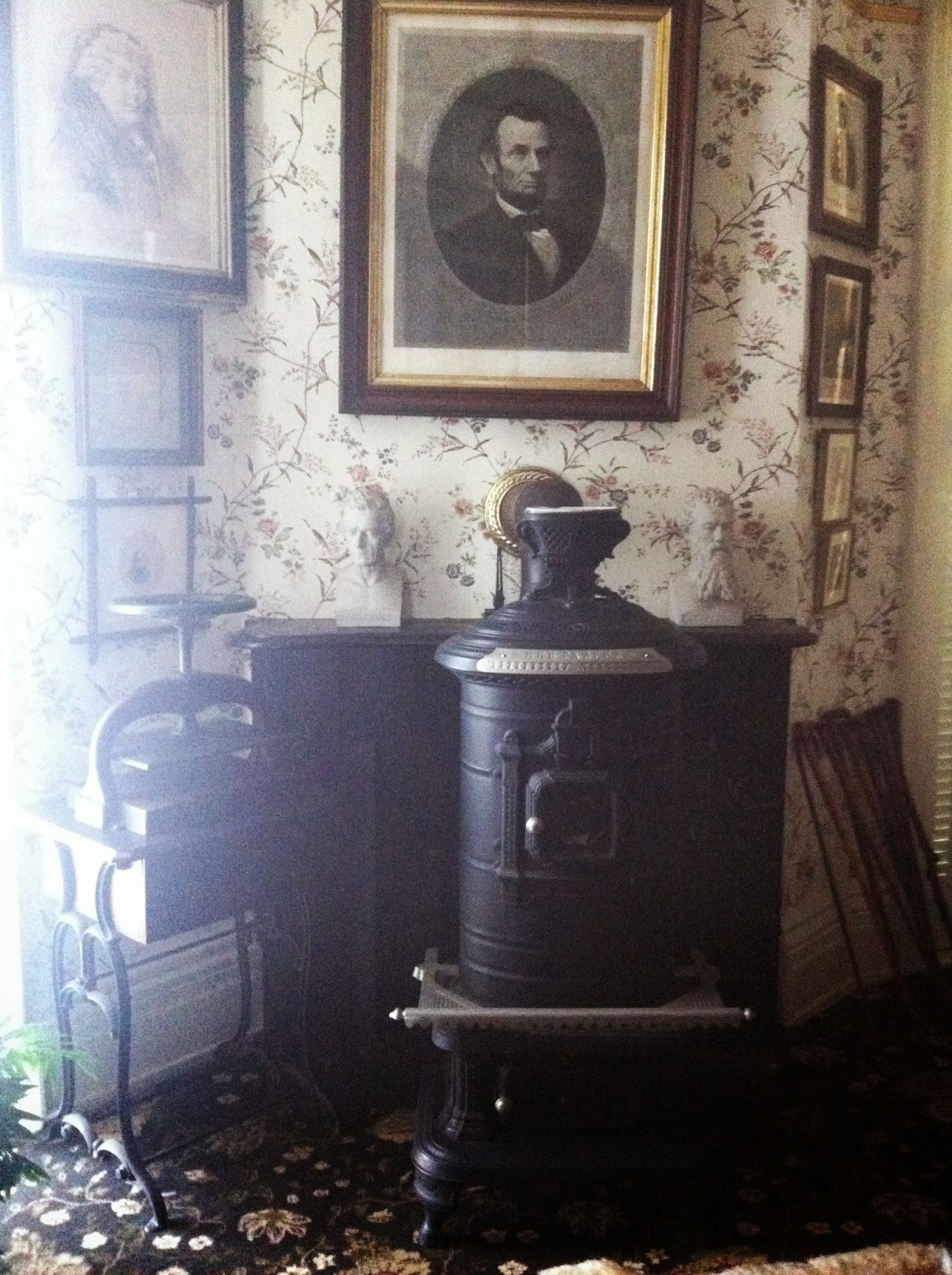 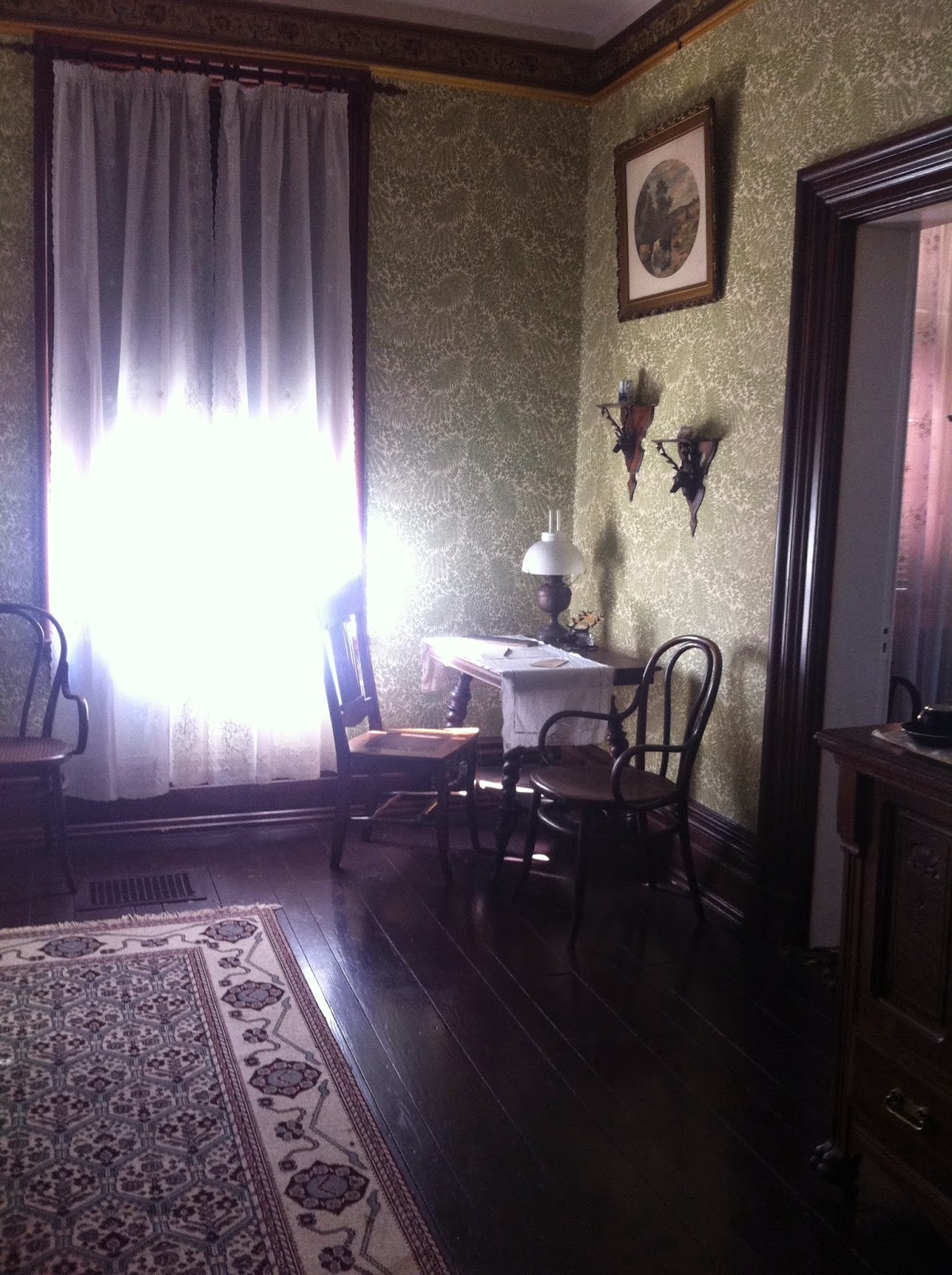 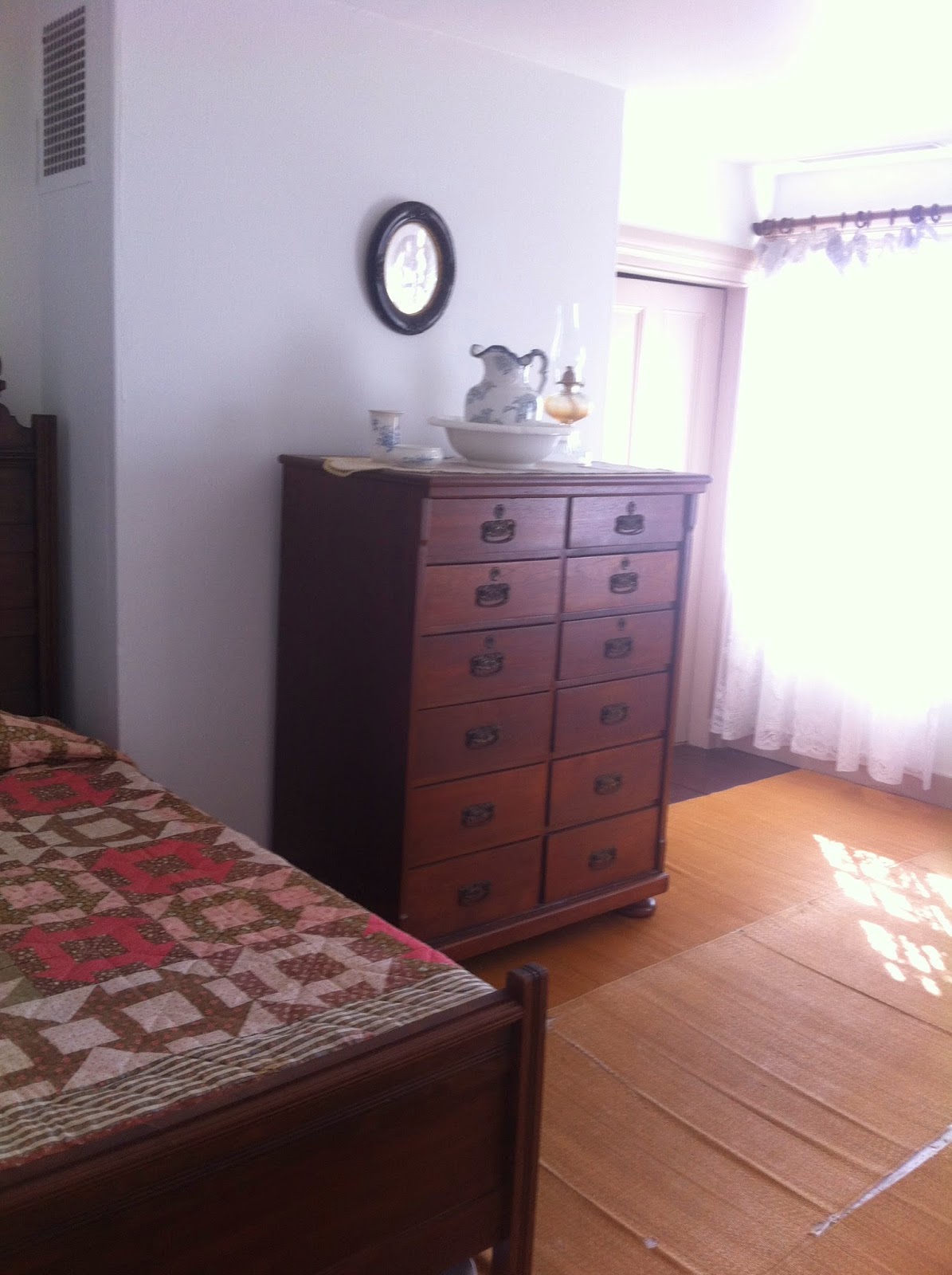 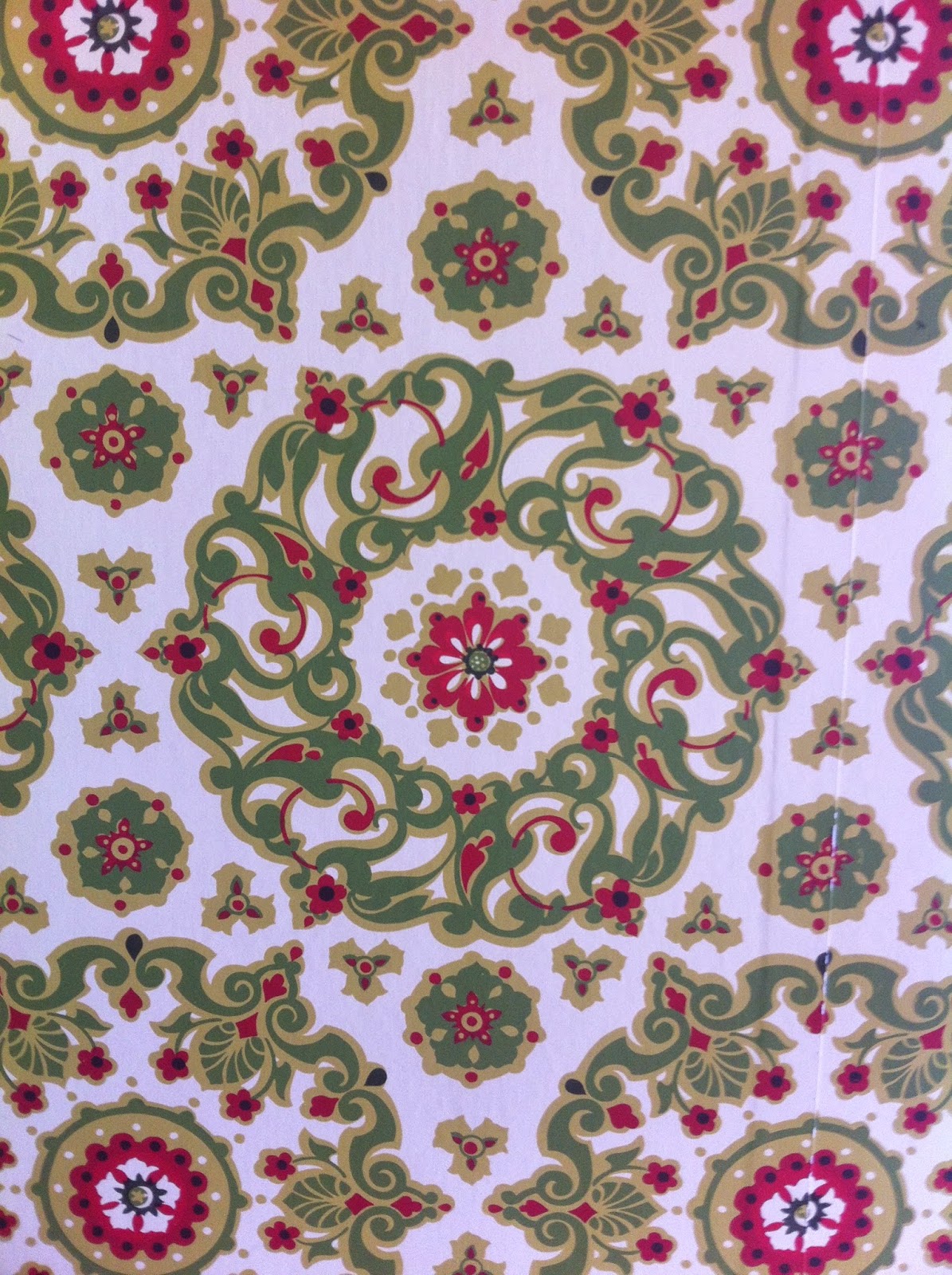 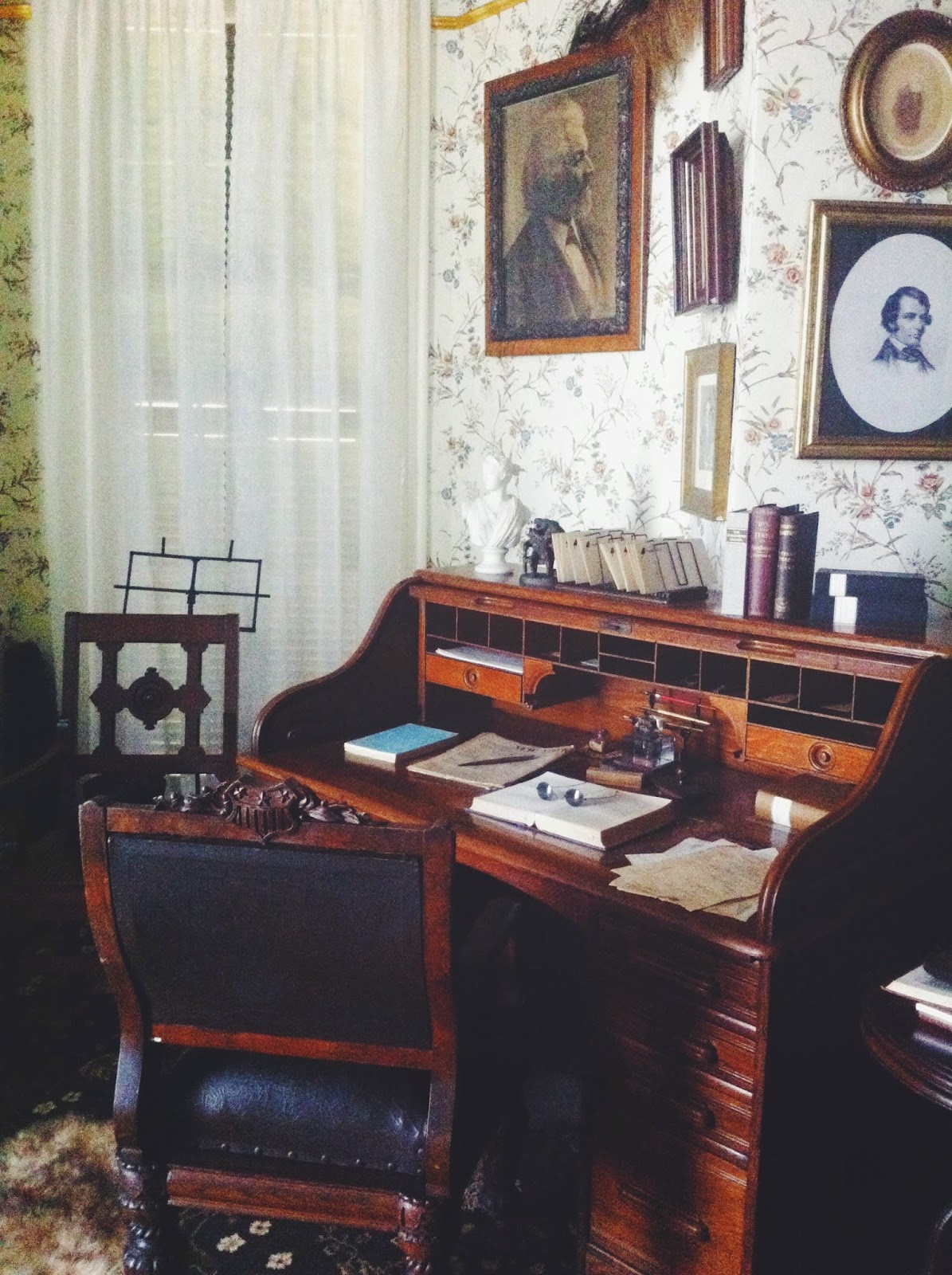 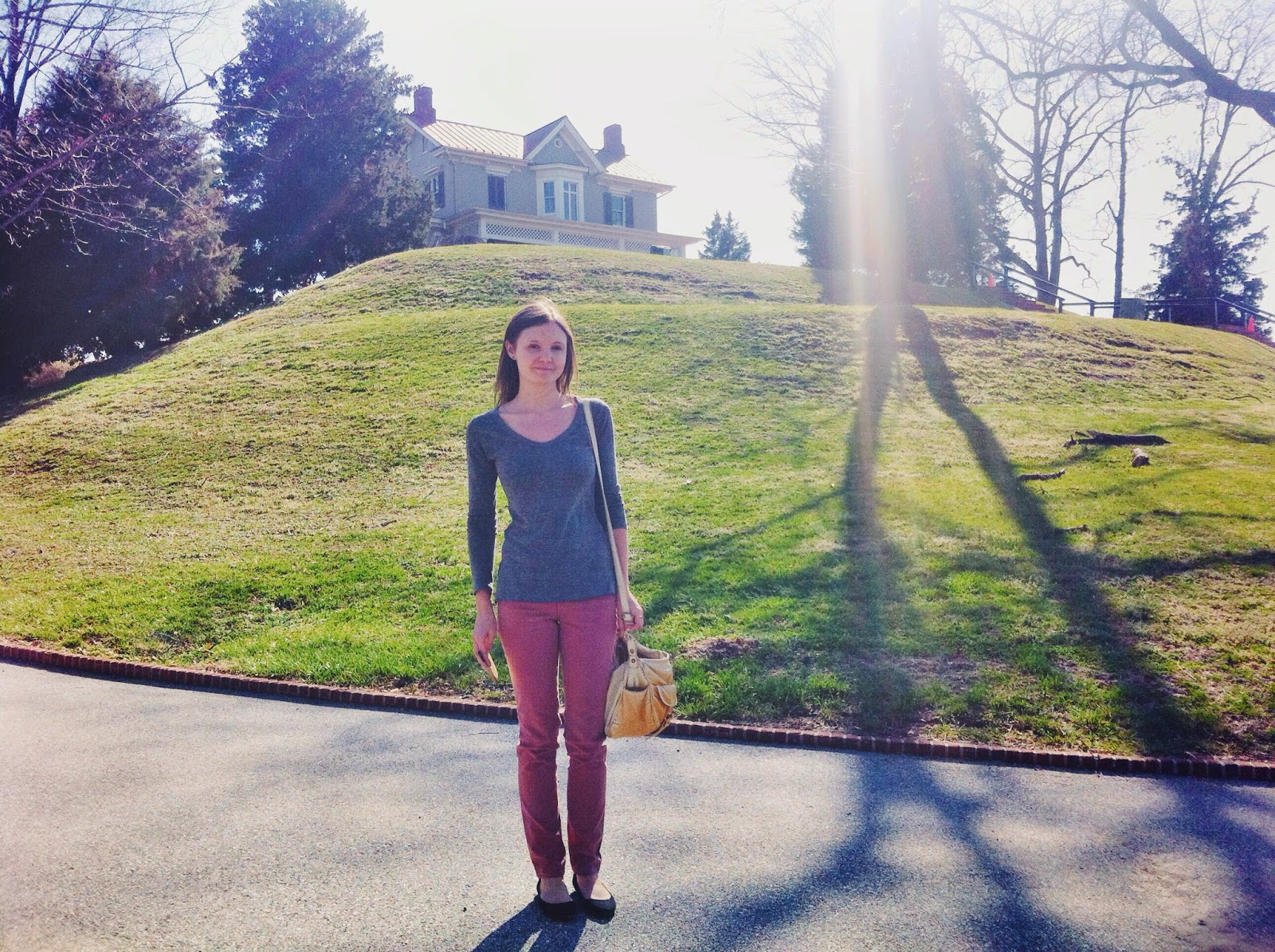 Email ThisBlogThis!Share to TwitterShare to FacebookShare to Pinterest
Labels: Exploring Home, Somewhere New
Newer Posts Older Posts Home
Subscribe to: Posts (Atom)
I travel the US and occasionally the world in search of great vegan food, home and happiness.